Sherbro Island Airport (BTE) just outside the town of Bonthe hasn’t seen any fixed-wing aircraft land or take-off for around 11 years. The runway has long since lost its battle with Mother Nature. It’s now so overgrown, it would actually be safer to land a plane on the grass beside the runway. 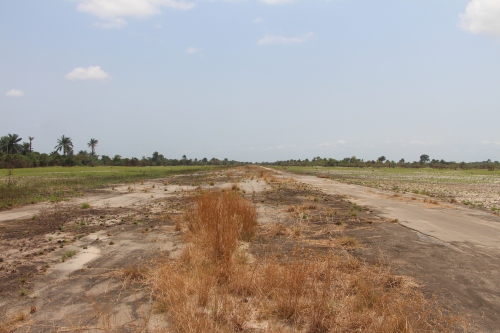 The site is now used for two things: (1) It’s a helicopter landing pad about once a year, when UN or government officials come to visit. And (2) local kids use the abandoned Inter Tropic Airlines EMB-110 Bandierante as a climbing gym. 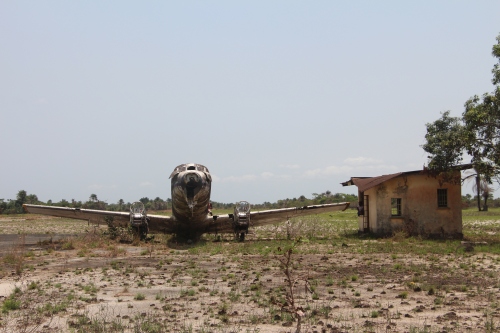 The plane caught my eye during my recent visit to the island. I saw the old Embraer, sitting alone beside the tiny terminal building. Her nose pointing in the air as she sat uncomfortably on her battered tail. Kids pestered her like a tired old dog. Her rusting shell was missing both engines and both nose wheels. 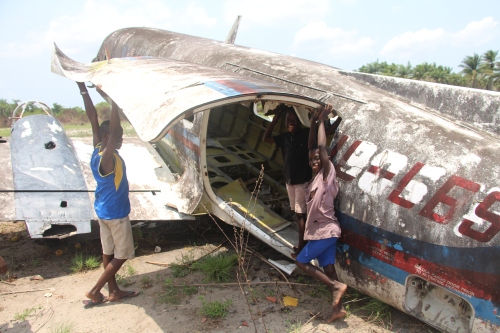 The Embraer EMB-110 was nicknamed the ‘Bandeirante’ or ‘Bandit’

I walked up to the plane, and the kids immediately invited me to join the fun inside. No passenger seats, no fittings, no avionics. But up in the cockpit the pilot seats and the yokes (steering wheel things) were still there. The kids followed me as I walked up the incline to the cockpit. I was looking down at the floor taking a picture of something when I noticed that gravity was decreasing. 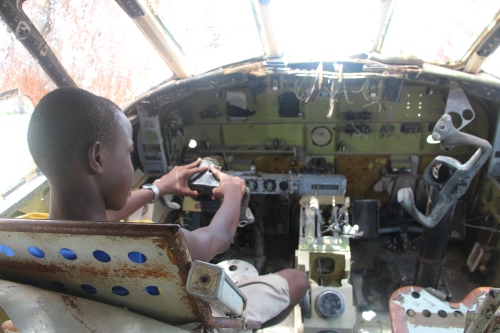 I wish I had this playground when I was a kid

BOOM! Before I realized what was happening, the nose crashed down to the ground, as the climbing gym became a see-saw. I shouted an expletive and the kids all laughed. This is what they do every day. Their grins said “fun isn’t it?” I regained my composure and had another few goes on the see-saw before leaving. It was indeed fun. 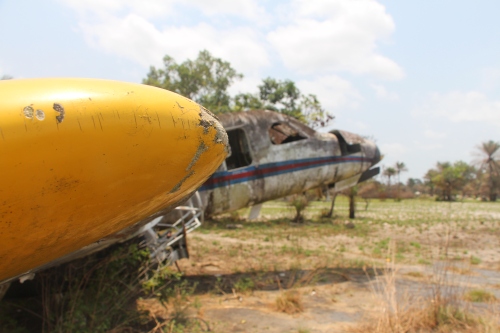 The Embraer EMB-110, serial number 110-408 rolled off the assembly-line in São José dos Campos, Brazil in 1982. Atlanta-based regional carrier Southeastern Airlines bought her and gave her the tail number N905FB. The turbo-prop started flying routes around Georgia, Tennessee, South Carolina and northern Florida. After a merger in April 1984, the airline became known as Atlantic Southeast Airlines (ASA). It worked as a feeder carrier for Delta Airlines. ASA still operates today under the name ExpressJet. 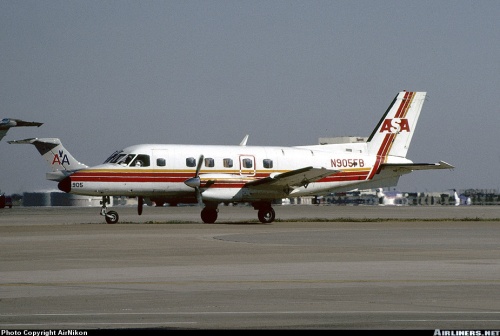 After 14 years of transporting business commuters around the southern U.S. N905FB, and its sister N904FB, were sold to a small aircraft leasing company in Florida called Liberty Airlines in 1996. Inter Tropic Airlines in Sierra Leone leased both planes. They were re-registered here as 9L-LBS and 9L-LBR respectively. Today in Bonthe, you can see both the newer tail number in red, and the outline of the older tail number beneath the less-than-impressive paint job. 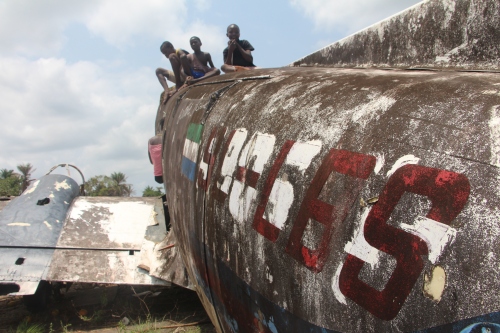 Up near Freetown, the wreck of 9L-LBR has sat at Hastings (HGS) airport since the end of the Civil War in 2002. An online incident report says: “The runway at Hastings Field had been sabotaged by rebels overnight with concrete and steel projectiles dug into the tarmac. On an early morning sunrise flight from Lungi, the plane attempted to land and the obstructions tore off the right main landing gear. No passengers were injured.” 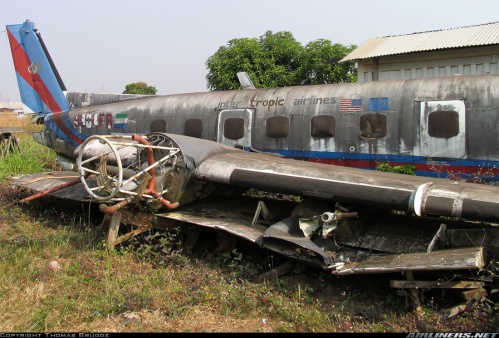 The sister plane 110-411, last registered as 9L-LBR, has sat in pieces at Freetown-Hastings Airport since 2002. Courtesy: Thomas Brügge/Airliners.net

I can not find any online references to the other plane in Bonthe. All I know is from word of mouth. A Bonthe radio journalist and colleague at JHR told me that the plane has been stuck on the island since the late 1990s. He told me that it had a technical problem and the Senegalese pilot was unable to find a way to get her in the air again (I don’t think ground technicians were common during the Civil War). 9L-LBS has sat there ever since. 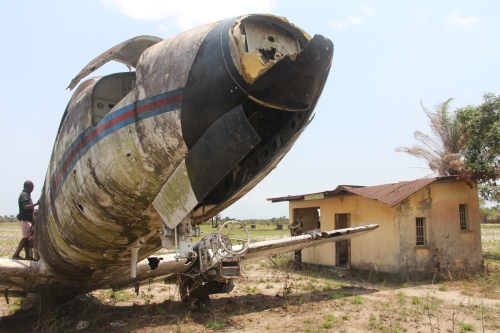 The abandoned terminal building is smaller than a Toronto condo 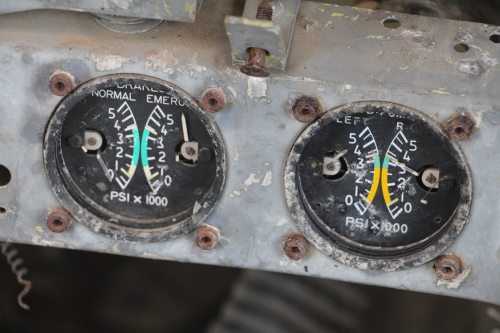 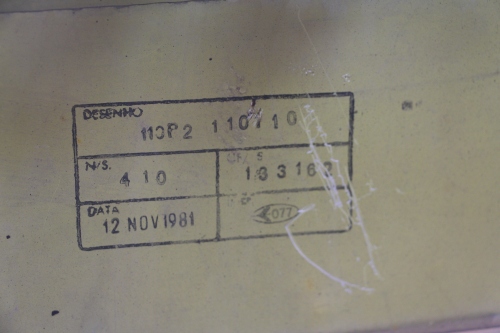 Serial Number 410, erroneously printed on the inside of the fuselage

My only guess is that a careless or compromised Brazilian technician installed the wrong panel, or placed an incorrect stamp on the fuselage of 110-408. If only he knew the time I wasted in researching the wrong serial number. No matter. He made up for it by helping to build Africa’s coolest playground.

This entry was posted in BLOG. Bookmark the permalink.